Uralchem ​​employees are our main value. The Company is continuously investing in their development, implementing new training programs, monitoring the level of employees’ loyalty to Uralchem, ​​and seeking to provide them with decent remuneration using the Unified Compensation System, which correlates with the individual contribution of each employee.

Uralchem ​​strives to create an atmosphere of equality and zero discrimination for its employees and carries out its activities in full compliance with labor legislation. 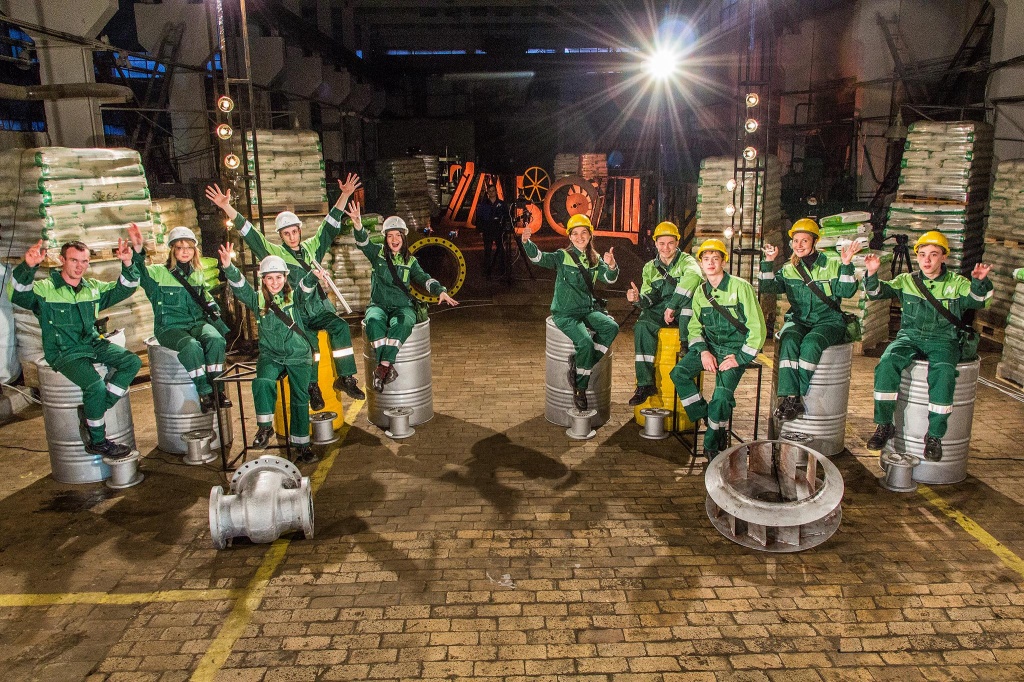 In the Perm Territory, Uralchem ​​has implemented a unique multimedia project aimed at enhancing the prestige of workers and engineers among young people. The project took place in the format of an industrial style reality show: for five weeks, 16 participants fought for the right to get a job at a chemical plant as a remote control operator, instrumentation and automation fitter, and a shift supervisor. The reality show was filmed at an operating chemical plant. About fifty specialists of the Perm State TV and Radio Company and workers of the plant worked on the creation of the project.
Thanks to the creation of the official website www.zavod.tv and the viewers participation in the contest for a trip to Brazil, the project attracted many people. Within six weeks before the New Year, the audience of the reality show on the social network "VKontakte" alone exceeded 80,000 people.

After the completion of the project, the results of the annual sociological survey showed that the number of people wishing to work at the chemical plant has more than doubled.

PMF BRANCH OF URALCHEM IN PERM 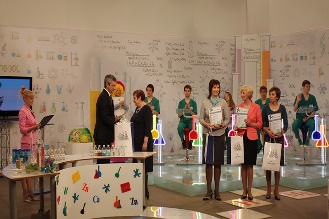 The Regional Industrial Technical School and Secondary School No. 132 signed a tripartite agreement with the Company and since 2015 are implementing a project to create an effective interaction system based on the “From School to Vocational Education Institution to Employer” model. The main goals of the project are increasing the professional level of students and teachers in the educational institutions, familiarizing with advanced technologies and production experience, reducing the adaptation period at an enterprise, and increasing the level of involvement of graduates.
For the fourth year in a row, Uralchem has been successfully conducting a TV quiz Uralchemika for high school students in cooperation with the Ministry of Education of the Perm Territory and the Perm State TV and Radio Company.
The sponsored students and schoolchildren are regular participants in facility’s sports events, charitable and environmental initiatives.

"Our People" project of the Youth Council of Voskresensk Mineral Fertilizers includes a series of video essays telling about the employees of the enterprise, their work, life, and hobbies. The emphasis is on the prestige of the blue collars and the search for an answer to the question: What is he like, a modern working man?
Taking the protagonists of the essays as an example, viewers get acquainted with the activities and history of the chemical plant, production processes, the work of the main and auxiliary divisions, social and charitable activities of the VMF. Video essays help new employees of the enterprise to adapt and describe the merits of working at the VMF to high school and university students, who can watch videos when visiting the city museum. The videos are broadcast on local television and posted on the Internet portals of the city of Voskresensk and the Voskresensk Urban District. One of the episodes tells about the first Russian festival of cinema and Internet projects "Man of Labor", which took place on the basis of the Sverdlovsk Film Studio. In November 2015, the authors of “Our People” project were awarded the Moscow Region Governor's “Our Podmoskovye” Prize in the “More than a Profession” nomination.