Uralchem does not operate in specially protected natural areas or adjacent zones. In order to protect and preserve biodiversity, the Company implements compensatory measures, for example, stocking water bodies with fish. In the future, the Company plans to assess biodiversity in the regions of its operation.

Uralchem actively participates in tree-planting programs. In 2021, the Company supported the all-Russian campaign “Save the Forest” – employees of the KCCW Branch took part in planting about 4,000 two-year-old pine seedlings. 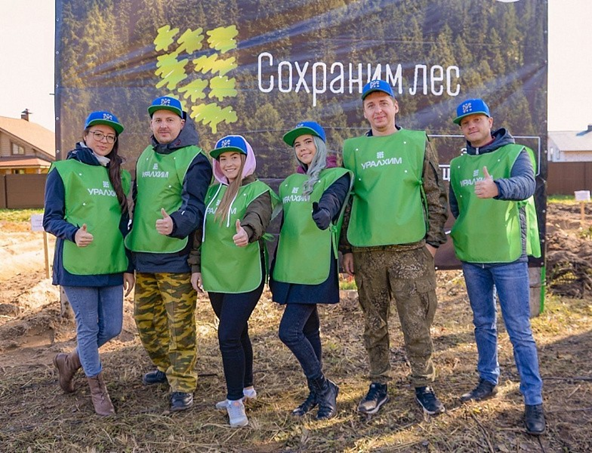 Every year, since 2018, the KCCW Branch has been running the “Good Sprout” campaign for planting trees near the city's Cultural Development Center. Traditionally, employees of the enterprise, deputies of the city duma, representatives of the Kirovo-Chepetsk administration and educational institutions take part in the initiative

In 2021, Uralchem ​​launched the “Bring on Oxygen” eco-flash mob for its employees. To participate, they need to plant seedlings of trees and shrubs, take a photo or video and post it on the social network with the hashtags #BringOnOxygen and #Uralchem.