Turnkey solutions for your business
Home
Press
News
With the support of URALCHEM, Boris Eifman’s famous Russian Hamlet ballet was presented in Riga

With the support of URALCHEM, Boris Eifman’s famous Russian Hamlet ballet was presented in Riga 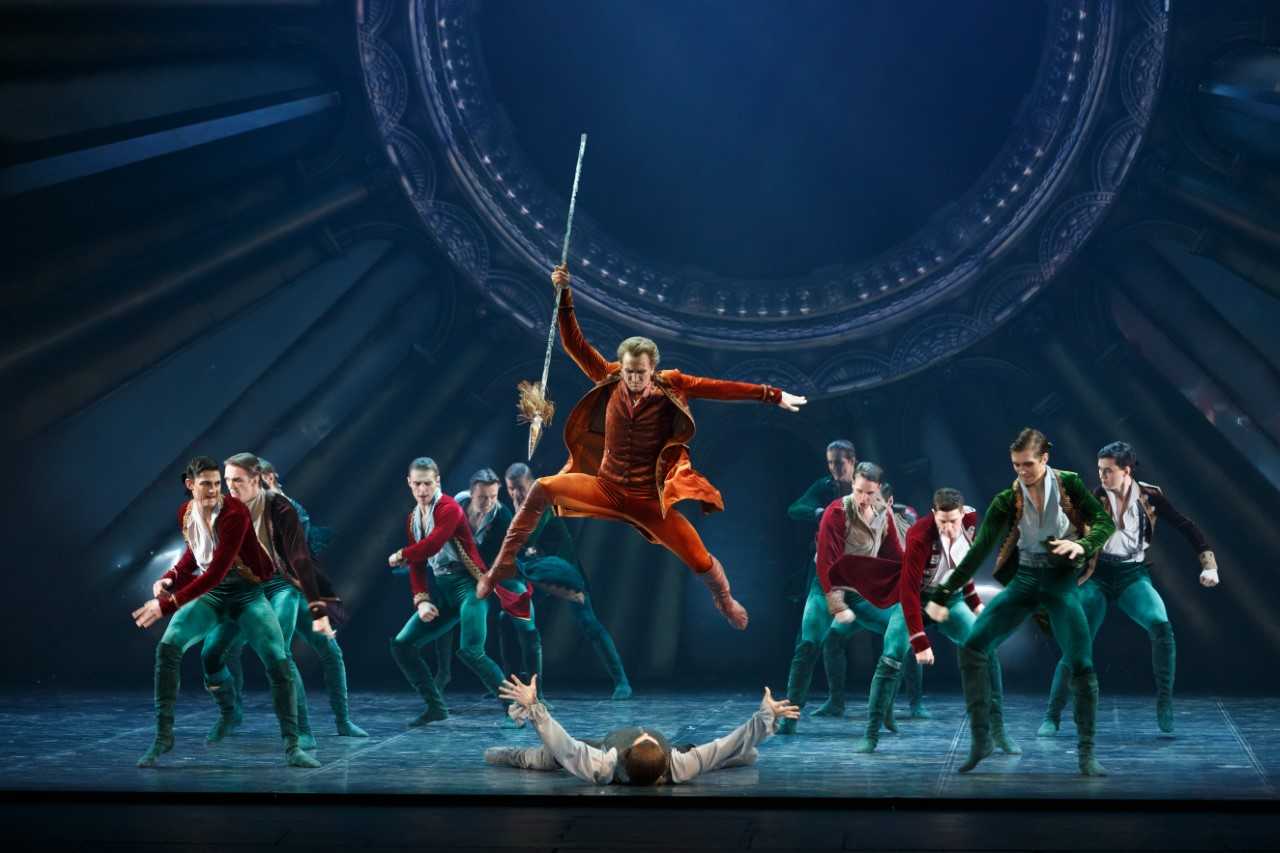 On March 9 and 10, at the stage of the Latvian National Opera, St. Petersburg Eifman Ballet presented the revived Russian Hamlet ballet, accompanied by the Symphony Orchestra of the D.D. Shostakovich St. Petersburg Academic Philharmonic. The tour was held with the support of the general partner URALCHEM, and with the participation of the Uniting History Foundation, the State Cultural Capital Foundation of Latvia, and the Riga Duma. Art Forte Production Company organized the project.

The ballet show in Riga differed from performances in other countries because it was accompanied not by a traditional phonogram but by live music. The audience could enjoy not only the dancing skills of the laureates of international competitions but also the sound of a world-famous symphony orchestra. The ballet is staged to the music of Beethoven and Mahler, the conductor of the show is Nikolai Alekseev.

“For several years, URALCHEM has been supporting and devoting great attention to charity projects in Latvia aimed at international cultural exchange. The Boris Eifman’s ballet theater is known in the world for the high skills of the artists and the special style of performances. The audience warmly received the company and closely followed what was happening on the stage.”

The Russian Hamlet ballet was created by Boris Eifman at the request of the Bolshoi Theater twenty years ago and has since gone through several reincarnations. Eifman brought the performance to different stages of European theaters, but the original version belongs to the Boris Eifman Ballet Theater. The production is known all over the world, but despite the success, in 2012 it was excluded from the repertoire of the theater. Five years later, Eifman presented a new choreographic version of the show – in accordance with the modern professional and technical capabilities of the theater.

The exciting plot of the play, the main character of which is the Russian Emperor Paul I, was left unchanged. People's artist of Russia Vyacheslav Okunev improved costumes and sets, which became a valuable addition to the beauty of Eifman’s choreography and psychological expressiveness.

URALCHEM began its charity activities in the Republic of Latvia in 2012. Significant funds are allocated annually for social and charity purposes in Latvia. In Russia and abroad, URALCHEM gives priority to charity projects related to children support: financing the treatment and rehabilitation of seriously ill children, assistance to educational institutions, as well as projects in art and culture.

URALCHEM aims to strengthen ties between Russia and Latvia and promote the best examples of Russian cultural heritage. With the support of the company, the Mariinsky Theater Symphony Orchestra and ballet company, the Russian National Orchestra and its conductor Mikhail Pletnev performed for the first time in Latvia; the Igor Moiseyev Folk Dance Ensemble performed three times; the Mariinsky Theater “The Enchanted Wanderer” opera was shown for the first time ever; the Vakhtangov Theater, the Sovremennik Theater, prima ballerina of the Bolshoi Theater Svetlana Zakharova, the Pyatnitsky Choir, Diana Arbenina and Yuri Bashmet, and Leonid Agutin performed in Latvia.