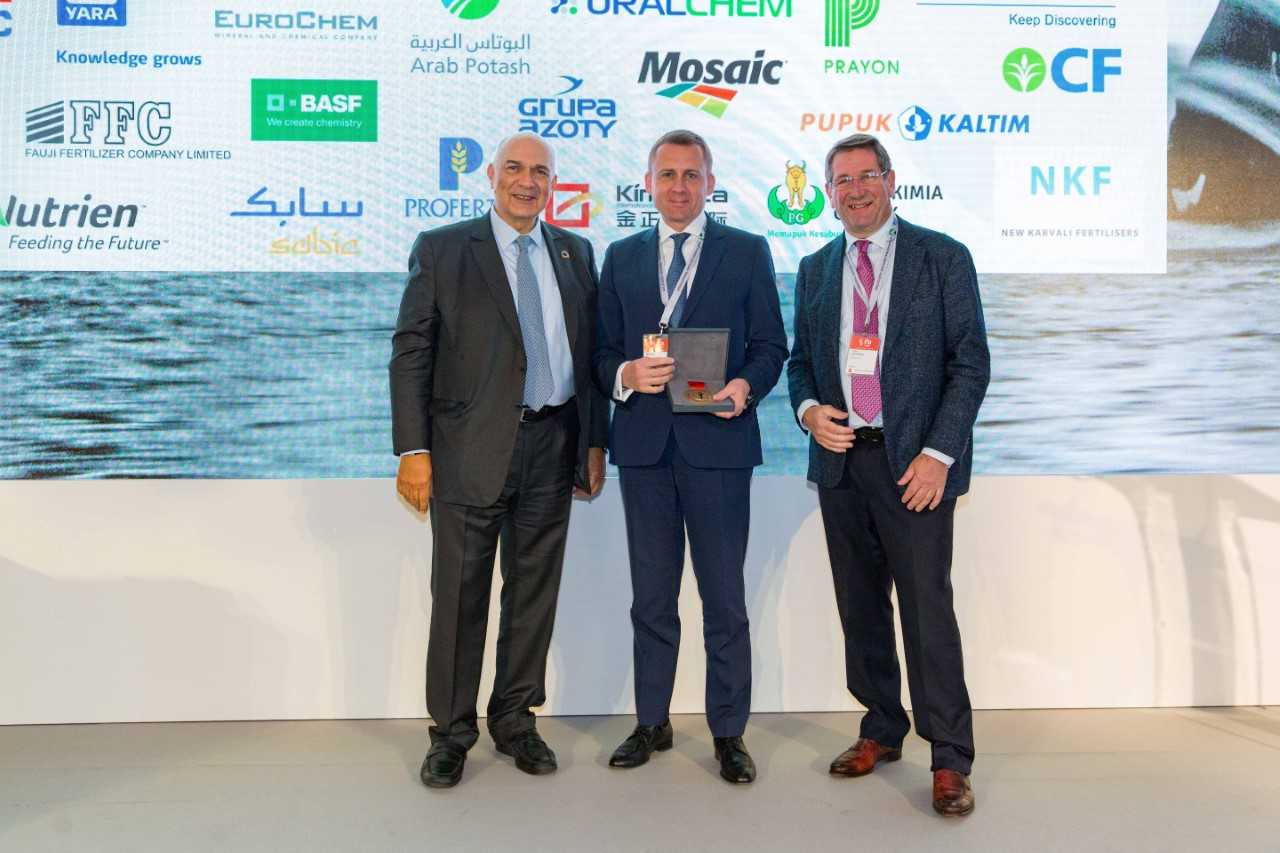 Mostafa Terrab, Chairman of IFA presented the award to Dmitry Konyaev, Deputy Chairman of the Board of Directors of URALCHEM during the IFA Strategic Forum which was held in Paris.

IFA established the gold medal (IF SHE Excellence Gold Medal) within the framework of the promotion of a culture of high standards of performance. The awards are presented to companies that evaluate their performance and meet a number of criteria: high safety regulations and awareness of employees, reducing environmental impact and energy conservation.

Dmitry Konyaev, Deputy Chairman of the Board of Directors of URALCHEM:

"Receiving the prestigious international award is a great honor and a high assessment of URALCHEM's work in three areas: energy efficiency, occupational safety and health protection of employees, ecology. The organization of production according to the highest international standards and continuous development is a priority for the company".

PMU branch was the first fertilizer producer in Russia to pass IFA certification under the Protect&Sustain program in August 2017. At the end of 2018, there were 52 companies in 57 countries that had undergone this procedure. Among them there are the leading producers of mineral fertilizers, such as YARA, Prayon, Mosaic, PotashCorp. In February 2019 the plant successfully passed an interim inspection and confirmation of the validity of this certificate.

The Protect & Sustain program is based on the requirements of international standards of quality management, ecology and industrial safety and takes also into account industry specifics and the technical specialization of Responsible Care RC14001. IFA recognizes that Protect & Sustain certified companies ensure that the fertilizers, technological processes used in their production and all logistics can minimize the risks associated with negative impacts on the environment.