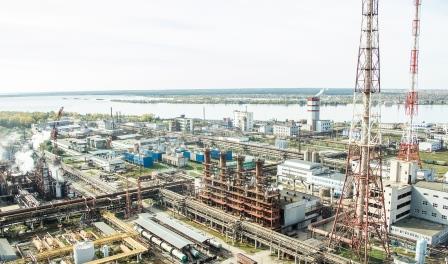 The output of commercial products by URALCHEM’s plants in 2017 amounted to over 6.3 million tonnes, which sets a new record for the company and is a 4% (258 thousand tonnes) increase year-on-year.

The production of ammonium nitrate and its derivatives, and ammonia in general, remained at a high level of 2016. Urea output increased by 6% due to quick repairs of urea units at the Azot and PMF Branches. In 2017, for the first time in company’s history, URALCHEM has produced over 3 million tonnes of gross ammonia and 2,7 million tonnes of gross nitric acid.

The production of complex fertilizers grew by 16% because of higher daily output at JSC Voskresensk Mineral Fertilizers. The output of phosphate fertilizers decreased by 10% subsequent to refocusing on the production of the more marketable NPK 10-26-26. The increase in the output of other chemical products is explained by more calcium nitrate produced at the KCCW Branch owing to the commissioning of new capacity in Q3 2016.