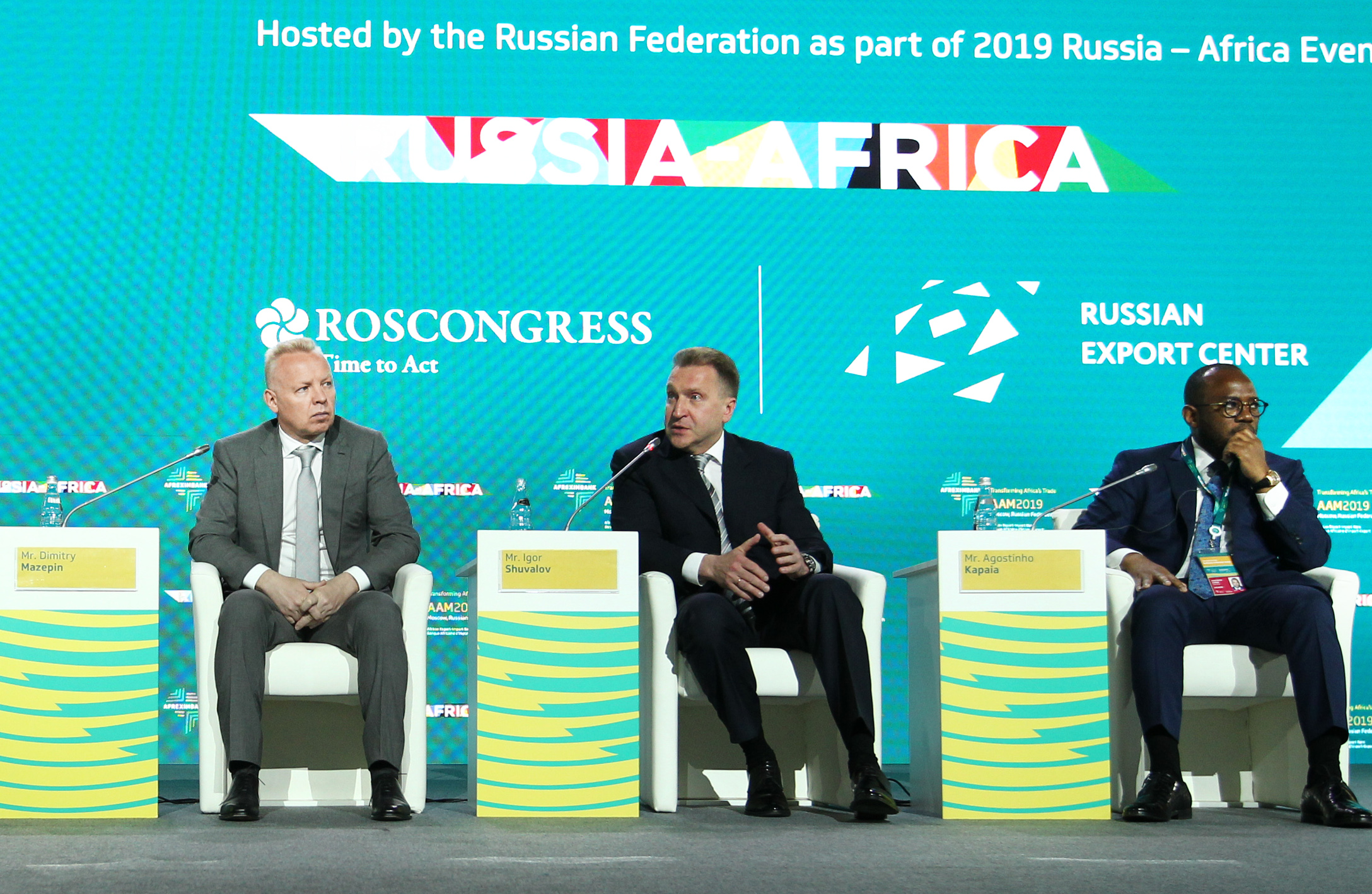 URALCHEM, JSC took part in the Russia-Africa Economic Conference at the 26th Afreximbank Annual Meeting 2019 of African Export-Import Bank (Afreximbank), which is held in Moscow from 20 to 22 June.

According to him, food security is still the main problem for the African continent. It is associated with the two main challenges: population growth that outpaces the introduction of new technologies and climate change leading to fertile land degradation.

Dmitry Mazepin notes that Russian business is interested in conquering new sales markets, along with the export of agricultural technologies and services. He says that domestic companies working in the field of agriculture could gain support at the state level and propose humanitarian and educational initiatives and specific business projects for African countries.

‘Afreximbank plays a special role in enhancing food security of the African continent. Under their guidance, one could deliver an African development programme involving Russian companies. For its own part, URALCHEM is ready to share expertise. We have already started a number of joint programmes with our colleagues from Zambia and Zimbabwe. Currently, we are discussing cooperation options with agrarians from Angola,’ URALCHEM’s Board Chairman said.

In conclusion, Dmitry Mazepin called upon the Russian Ministry of Foreign Affairs, the Ministry of Economic Development and the Ministry of Finance to discuss this initiative at the federal level with state support and assistance.

The Russia-Africa Economic Conference is a landmark meeting of political and business leaders from Africa and Russia aimed at discussing trade, industrialisation, export, financial stability and efficiency, which is held as part of the annual meeting of Afreximbank. The event is attended by over 1,500 delegates, including bank shareholders and partners, government officials, business leaders and journalists. The meeting is held by the Russian Government as a key stage in the preparation for the full-scale ‘Russia – Africa’ political summit and the accompanying economic forum scheduled for October 2019 in Sochi.