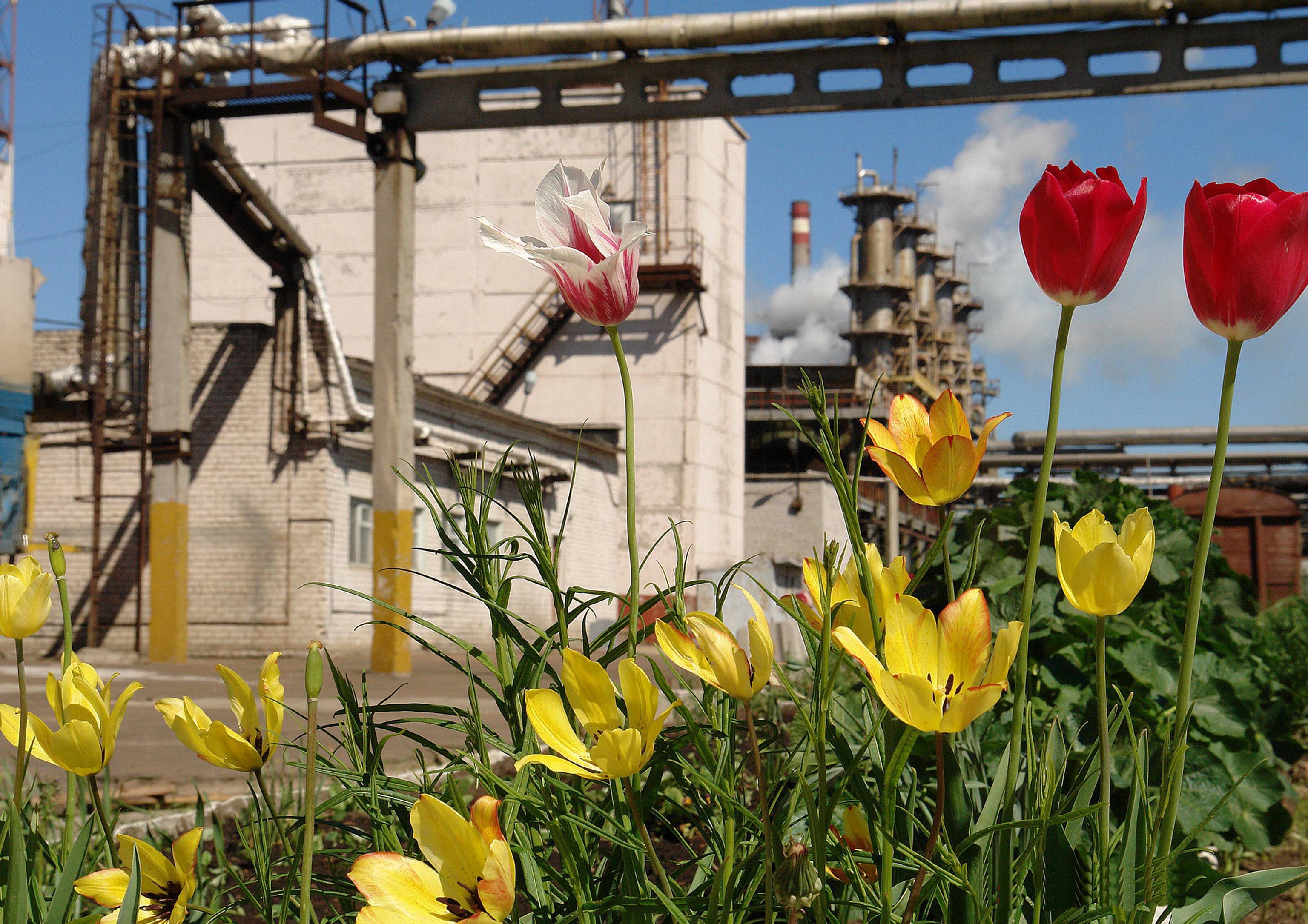 In 2016, URALCHEM continued funding of environmental protection initiatives. Over the last year, the Company allocated a total of 295 million rubles for these purposes.

The issues of priority in this area have been reduction of waste generation, water use and emissions as well as waste recycling and increased volumes of waste disposal.

The most notable part of the Company's environmental effort in 2016 was the completion of a large-scale investment programme to create a complex of biological treatment facilities (BTF) Beraton.

BTF Beraton is a modern project created with the purpose to improve the ecological situation in the Kama River basin. The upgrade of treatment facilities at the Azot Branch started in 2013. The three years of work saw the replacement of machinery, installation of a new UV filtering system, remodelling of radial settling tanks and renovation of the power supply system. After the upgrade, the capacity of the treatment facilities reached 5 million cubic metres per year. The total cost of the project exceeded 650 million rubles.

The Company continues to improve its gas treatment systems and the reliability of processing equipment. At facilities 57 and 58 of the KCCW Branch of URALCHEM, JSC, modernisation and remodelling of existing gas treatment units have been carried out. At facility 53, pipelines and heat exchange equipment have been repaired and replaced, which reduced the risk of pollutants entering the ground and sewer network. To improve analytical control of gas emissions, the Company continues the upgrade of the production laboratory apparatus.

In 2016, Minudobrenia, JSC (Perm) reduced pollution of atmospheric air by 5.3%. The branch does not discharge sewage into open water. Instead, sewage treatment and disposal are carried out at waste disposal facilities of a third-party organization on a contract basis; then the waste-water is transferred for further treatment to the city biological treatment facilities.

In 2016, the Company completed the upgrade of the ammonia unit. Its output per day has been increased, while natural gas consumption per unit of production has been reduced. The rate of specific gas consumption became the lowest among 14 similar units operating in Russia and CIS countries.

PMF implemented new versions of international quality and environmental management standards ISO 9001:2015 and ISO 14001:2015 within a year after issuing. In this respect, the branch is among the leaders of the domestic industry.

During 2016, Voskresensk Mineral Fertilizers, JSC has installed new equipment that allowed for lowering the branch's impact on the environment.

The branch monitors atmospheric air at the border of the sanitary protection zone of the main production site, with an annual report submitted to Rospotrebnadzor. The plant's ecologists carry out annual monitoring observations and environmental recovery measures aimed at reclamation (planting) of the Lopatinsky landfill.

VMF is engaged in serious waste-water treatment effort in two Moscow region districts – Voskresensky and Yegoryevsky. The sewage works at the branch’s industrial waste-water neutralization and treatment facility are recognized as one of the best in the oblast.

In 2016, in accordance with environmental requirements, the Company's branches carried out their first inventory control, reported on the use of ozone-depleting substances and calculated the volume of greenhouse gas emissions. They also prepared reports on the environmental levy for 2016.

Meeting the requirements of environmental legislation, since 2015 URALCHEM has been actively involved in the development of information and technical reference on the best available technologies. Over this period, the Company's employees took part in the preparation of 10 reference books, the most important of which was the industry-specific reference book Production of ammonia, mineral fertilizers and inorganic acids.

In the current year, URALCHEM plans to continue upgrading gas treatment and ventilation systems, optimise water use systems and improve waste management operations, as well as to implement and maintain procedures of international quality and environmental management standards ISO 9001:2015 and ISO 14001:2015.