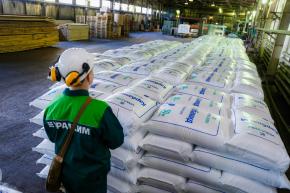 In the first 3 month of 2017, the output of commercial products by URALCHEM’s plants amounted to 1.6 million tonnes, which is a 2% increase year-on-year.

Dmitry Konyaev, CEO of URALCHEM, JSC, said, “In the context of a persisting adverse market environment, URALCHEM keeps pushing and continues to show good operating results. I am sure that the high operating efficiency and professionalism of our team will help us successfully overcome this period that is difficult for the entire agrochemical industry.”